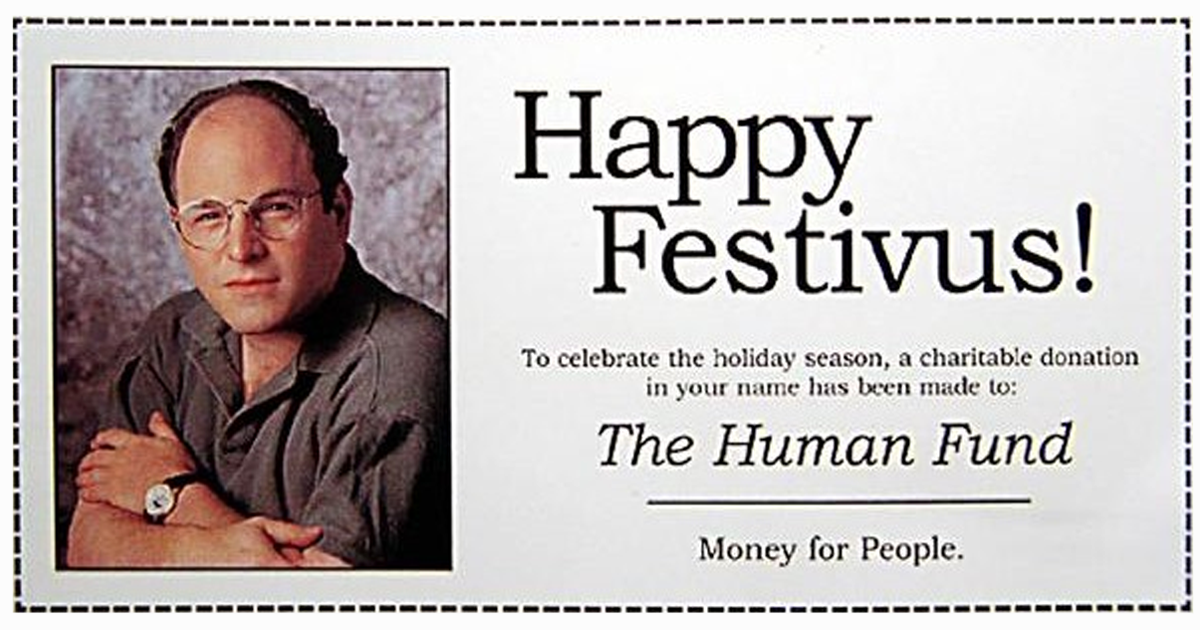 Each year on December 23rd, Festivus commemorates a holiday episode of the television comedy, Seinfeld. In 1997, the popular television comedy brought Festivus to the masses when Frank Costanza (played by Jerry Stiller) explains he invented the holiday in response to the commercialism of Christmas. Its slogan is “A Festivus for the rest of us.”

Combining holidays and family discord is a common practice for sitcoms. However, one only has to look to our own families to find a little humor. This holiday reminds us how easily we take things too seriously at times. Politics, traditions, grudges and more lead us down unintended paths. Sometimes those paths turn out to be quite the hilarious turn of events. Well, hopefully, they’re more hilarious than not. At least while watching through the magnifying glass of the Seinfeld episode safely from our homes, we see a bit of our selves and those we hold dear.

HOW TO OBSERVE #Festivus

Festivus traditions derived from the television episode and the original creator have been combined over the years.

While watching the Seinfeld episode, count the number of miracles. Pick up an aluminum pole. Decorate it. Let the Airing of Grievances begin and celebrate. Use #Festivus to post on social media.

Daniel O’Keefe, Reader’s Digest editor and author, created the holiday in response to family tension. One of its central practices is the “airing of grievances.”  He first celebrated the day in February of 1966. But later, the day was recognized as it is now, on December 23 in honor of O’Keefe’s first date with his future wife. O’Keefe’s son wrote the Seinfeld episode featuring the celebration.

Festivus for the Rest of Us!